Bags with souls: When you learn to live differently

Purses occupy an important place in the Lviv women’s wardrobes. Do you know the author of your bag? Our second story is about the Ukrainian language teacher from Donetsk. In a new location, the woman does not teach others but had to learn a new occupation instead. She created a brand of bags with a soul.

My name is Nataliia. I came from Donetsk.

In Donetsk, I worked in industrial and economic college. I taught Ukrainian for professional use.

The last event took place on March 6 there. We had a huge flashmob. on March 6, 2014, under our administration. In general, the atmosphere in Donetsk was not cheerful.

For almost a year, we lived in the front line zone. My mother still lives in Donetsk region.

I went to work in the daycare.

No. We had interesting games. They were called “Hide under the bed”, “Hide in the wardrobe”.

We decided to move to Lviv. The thing is that my husband is originally from the Lviv region.

When we arrived here, I had an idea - here, submit a business plan. Here, apply for a grant. Well, I am a teacher, what can I apply for a grant with? Well, I need such a job that would feed me in any part of the world. And I remembered that I can sew.

To create a collection - is a lot of work. When the first sketches are made, it takes  three - four days for one item.

My friend encouraged me - it is necessary to sew. She took on the promotion job. She took on the job of opening a store and working on an international platform. Because the hand-made stuff in the West is appreciated a lot more.

While one unit is made, we do not repeat ourselves, so that a client knows that her purse is one of a kind. Nobody else has anything of the sort. But these purses have souls. There have to be some slogan, or mood, or dreams, or feeling of some sort. Certainly, it is more about creativity than business.

This purse has collected most views. Every dog have his day. There will be a holiday on our street, too. We all will be living home and we will have peace.

Lviv taught how to survive, how to declare one’s presence. Lviv gave a lot of friends.

Donetsk will be Ukraine’s in the end. This will not be a triumphant victory that we all were dreaming of in 2014. There will be no parades with flags, it won’t be pretty, because everything is very bad right now. Everything is decadent and terrifying.

I went on social network pages of my former colleagues to see what the people say… It will take some time, maybe two-three generations will have to change in order to completely erase all those contradictions.

It is not that hard to deal with the ruins, as it may appear. The main issue is the ruins in hearts and minds of people. 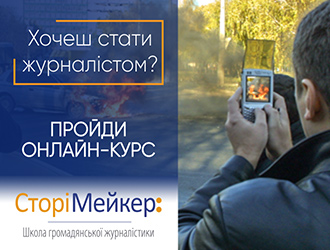